The Power of Powerball: What I learned from NOT winning the jackpot

My boyfriend, Nick, and I were walking along the beach letting our imaginations run wild.

“Where would we live?”

“I’d also want a place in NY. To be near my family when the weather is nice up there.”

We were having the same conversation that I imagine pretty much everyone else in the country was having.

What would you do if you won the Powerball?

By this point, Powerball mania was sweeping the nation. With a ridiculous prize of $1.3 Billion, it seemed that just about everyone I knew was buying a ticket. The odds were against us all, but every single person I spoke to had already made some sort of plan as to how they would spend their winnings.

It was fascinating to learn what some people were dreaming of. I could hear the excitement in their voices as they let themselves imagine a life where absolutely anything was possible. I wondered how often most people let themselves dream this big. I wondered how many of us believed we could only have the things we REALLY wanted if we had a winning ticket.

When you take the constraints of time, money and the grind of “every day life” out of the equation, it’s easy to see what is most important. It becomes clearer to pick out the things that your heart is really craving when you aren’t caught up in the “shoulds” and “have-tos” that so often monopolize our lives.

For most of my life I was under the impression that there were certain things that were off-limits for a person like me. Unless I had an endless stream of income at my disposal, I would never be afforded the chance to live the life that I really wanted. I would have to settle. Sacrifice. Go without. But it was okay, because that’s what everyone else was doing too. There was no way to avoid it. Unless, of course, you won the lottery.

I started thinking about the things that Nick and I had said we wanted. Our list was long and lavish, but what it really boiled down to was:

*Having a beautiful home we loved

*Being able to travel and explore

*Being able to contribute to society in a meaningful way

*Being able to create, and feeling freedom of expression (through art, writing, performance, speaking etc.)

When I took my own wish list and broke it down to the simplest terms, I realized that I didn’t need to win a penny to have any of those things in my life. In a lot of ways, I already had everything I wanted. Did I want more of those things? ABSOLUTELY! Could I create more of that on my own? HELL YES! Did I need millions of dollars to do it? NO WAY!

Would my boyfriend be able to pay off the rest of his student loans tomorrow? No. But, maybe, instead of having wine every night, we could cut back to one bottle a week. (Ok, we probably wouldn’t do that, but maybe he could brown bag his lunch every day. I’m sure there is something we spend money on each week that we could survive without.) We could take any money that we would have usually spent elsewhere and put that towards the next payment.

Will we be purchasing an estate in Malibu with a private beach access, swimming pool, home gym (with both a sauna and a steam room) and a crazy game room? Not likely. But we can buy pretty flowers for our apartment. We can open the windows to let fresh air in. We could also vacuum and clean the bathroom a little more frequently. And I’m sure the place would feel a lot more beautiful if I didn’t leave my bras hanging on the clothes-drying rack for weeks at a time. (Sorry about that, honey. I’ll put my laundry away as soon as I’m done with this.)

We may not have the luxury of jumping on a plane and taking off to explore the world for months at a time, but who says that’s the only way to have an adventure? We could take a walk in a part of our neighborhood that we haven’t been to yet. We could try a new restaurant. We could pack a picnic and just drive in any direction until we stumble upon a park.

Can I write an enormous check to every charity that I care about? Not if I also plan on paying my own bills. But I have free time which means I’m available to volunteer. I can help spread the word about causes that I think are important. I have old clothes and stuff that has been sitting in boxes unused for years that I could donate.

Sadly, I won’t be sending out invites to everyone I know to attend a super swanky “Gatsby” themed garden party. (I was going to fly you all out to Malibu to attend.) But I can have a few friends over to play some games. Or maybe for a themed “Dinner and a Movie Night” instead. It’s not quite as glamorous, but it’s still guaranteed to be a good time.

And while I can’t hop on my private jet and fly to NYC any time I feel homesick, I can probably get on the phone, or better yet, plan a Skype date with my friends and family back home. (Am I the only one still using Skype? I’m trying to figure out Google Hangouts. I hear that’s what the kids are doing these days.)

I also won’t be signing up for ballroom, tap, aerial silks, aerial yoga, trapeze, pole dancing, guitar, piano, sign language, cooking, photography, film editing, sculpting, and painting classes next week. But I can get online and see if there are any schools, gyms or studios that offer free trial classes. Maybe I can carve out one night a month to check out something new. I’m sure there are some things I can even look up on YouTube. I can keep reading. I am always learning and I have plenty of time to keep doing so.

As far as creating, maybe I won’t be on stage again anytime in the near future. Maybe I won’t have the chance to collaborate with my immensely talented friends to put on a play or make a film. But you know what? I spent a few hours this morning coloring in my adult coloring book, and I loved every second of it. I’m also getting the ideas that have been swimming around my head for a week onto the page. That feels like creativity and freedom of expression to me.

I usually don’t buy lottery tickets, but I’m glad I did. I’m glad I gave myself permission to dream as big as I possibly could. I’m glad I had the chance to really get clear on what I want my best life to look like. Most of all, I’m glad I realized that I don’t need millions of dollars to live it. I’m grateful to know that I already have everything I need and so much more!

Would winning the jackpot have been awesome? Probably! I was a bundle of nerves and excitement when I was looking up the winning numbers. It was a thrill to be lost in total possibility for a few days. I was almost dreading the drawing, because I loved being in that moment of “what if?”

I couldn’t believe my eyes when I realized that our ticket matched 4 out of the 5 winning numbers! We definitely didn’t hit the biggest jackpot in U.S. history, but we did win $100! Nick and I are still deciding how we want to spend our winnings. 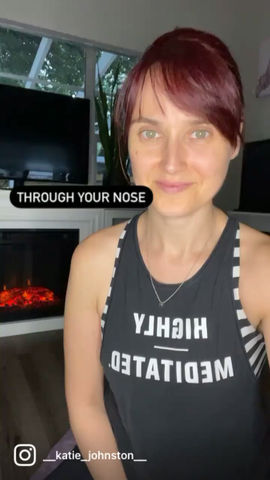